Never Give Up... anything 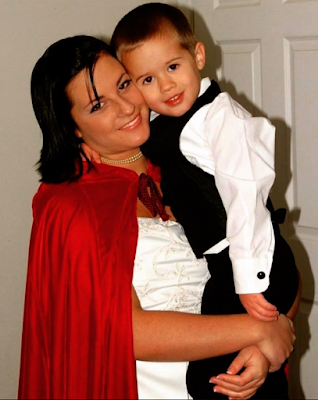 I remember the exact moment that my world changed forever... just like it was yesterday.
My mother was leaning over my bathroom sink when I suddenly saw her rock back onto her heels and let out a long sigh. Her eyes were closed, which made me even more nervous.
“How long do those things usually take?” I asked as I sat on my bed a few feet away.
“It says 3 minutes on the box...” she responded. Then I then let out my own sigh of relief before she finished, “...but it only took 30 seconds.”
“30 seconds... 30 seconds to, to what? 30 seconds to tell me I’m NOT pregnant? I don’t understand. What are you saying?”
She took two giants steps towards my bed as if she was trying to race the giant ball of realization that was headed straight for me. She got there just as it hit, obliterating everything I knew my life to be, and I collapsed into her arms sobbing.
I screamed.
I screamed so much.
I said horrible things that I wish I could take back now but I was just so angry... so angry at myself.
What had I done?
I, more than anyone, knew how hard this type of thing was on a child. I WAS THAT CHILD just seconds earlier. My mother was only 19 when she got pregnant with me, and that was still three years older than I was at the time.
Life was hard for me growing up. I mean, of course, I’m glad I’m here but it wasn’t easy. And now here I was, about to put another person through that exact same existence.
I didn’t know if I could. Abortion was never an option, but there were still so many other choices to be made in the coming months.
For the first 2 trimesters of my pregnancy, I considered adoption. I was only a sophomore in high school so it just seemed prudent. When I would tell my friends I was thinking about placing my baby into another family’s arms most of them would respond with something like, “You should, because are you really ready to give up the next 18-years of your life?”
...GIVE UP ...THE NEXT 18-YEARS ...OF MY LIFE.
Those words were continually rolling around in my head.
Back then, 18 years seemed like a lifetime... I mean, it quite literally was for me... and then some.
In the end, I decided against adoption, although birth mothers and fathers are my heroes to this day. The amount of love and strength it takes to make that decision is astonishing.
But I knew I had the means to raise my son, thanks to family support - something so many women don’t have. And while I wasn’t able to give him everything, I was able to give him enough.
Looking back now, I can definitively say I gained so much more than I ever gave up though.
He saved me.
He gave my life a purpose and my heart a mission.
Through him I gained an invaluable perspective of what it’s like to be a pregnant teenager, walking down the halls of my high school through thick clouds of gossip, feeling utterly invisible while also somehow the most visible person in that place.
I gained a bouncing baby boy, that showed me just how strong my body was as I brought him into this world.
I gained a toddler that raised me as I was raising him. We figured out so much of our lives together. I think all new moms feel this way, but by 18 I really was just learning how to live independently for the first time, and it was nice that I didn’t actually have to be independent at all, because my trusty sidekick was always there with me.
I gained the experience of being a single mother for a few years after that - just the two of us against the world - and then I gained an amazing husband and had more children.
I gained a sweet little boy who would retreat into his room whenever those siblings got too loud or out of control... and often times he would let me join him as we hid out together knowing we both needed respite from their rambunctiousness.
I gained a brilliant teenager who always had a mind for math and science but recently surprised us all with his amazing artistic abilities - he gets that from me, obviously.
I gained a young man who works hard, and if I’m lucky will even tell me all about the weirdest customers he‘s had on any given day.
And today, oh, today... so long in the making...
Today my son turns 18 and I’m gaining a full-grown man - a man of character who maybe, just maybe, I can actually start to become friends with now that the bulk of my “clean your room” era parenting is over.
...although, now that I think about it, yeah, he still needs to clean his room.
I have never before given up so little to gain so much in return.
This child, who is now a man, has brought so much joy into my life, and to all those who are lucky enough know him.
And I’m so glad people get to know him. I’m so glad he’s here. I’m so glad I chose life because my own has been so greatly enriched through raising him. In the beginning, it was messy and rough and I cried more tears than I ever knew I had. But those tears have turned to ones of joy now as I watch him grow into the amazing young man he is today.
So, happy birthday, Enoch. I’m incredibly proud to be your mother.
I didn’t give up anything. I gained you. 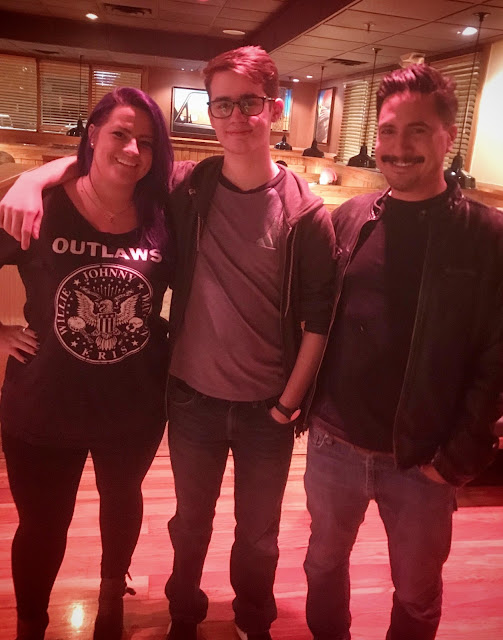