Why abortion is about race...

So I have kick-ass friends. One of them, who out of respect for her will be anonymous, posted the following status update on Facebook. She herself is a woman of color, so when she speaks on this issue, I make sure to listen. 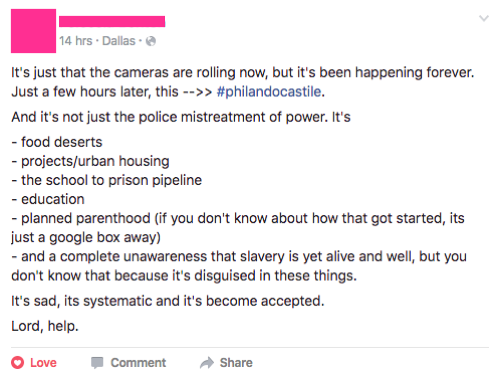 I was happy to see that she listed Planned Parenthood amongst her list of social injustices that black people face.

I've been a fan of Ta-Nehisi Coats for a few years now, and while he addresses many of the other issues my friend listed, he often neglects to mention how abortion disproportionately impacts his female counterparts.

Out of curiously I decided to read the comments under my friends post. NEVER READ THE COMMENTS, I know, I know...

There always has to be that one guy. I decide to engage him because having just walked in the house from a camping trip with four children, I had nothing but time to argue on the internet. Surely, the filthy, stinky, lake water laden laundry would do itself. Ha.

Anyway, the following conversation took place, and I thought it was worth sharing. I barely noticed what this gentleman was saying until I had stepped away from the conversation for a bit, and then it hit me. See if you can spot it before I did: 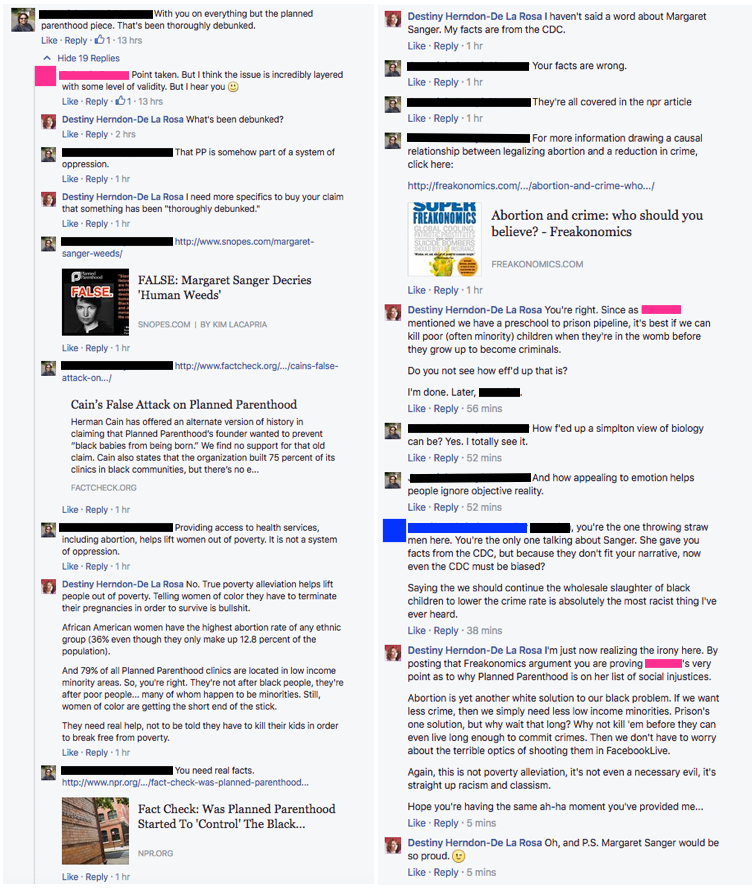