An Open Letter to Kim Kardashian

You have a big, beautiful dumper.

You just had a baby and you don't feel very pretty or sexy anymore so you want every man (and even some women) in America to lust after you, because if they do you'll know you've still got it. I've been there. I mean, not the posing with my butt out for a NY mag part, but the unsexy part.

Heck, I have four kids; I pretty much live on Planet Unsexy these days.

That wasn't always the case though. I was pretty cute and thin back in the day and that's dangerous. You get addicted to the compliments and the attention. You buy into the lie that your looks and sexuality are the sum of your worth. In your mind that becomes the best part of you. So after baby number one I lost my identity too, and I needed people to find me attractive so I could convince myself I still had value… that I was still lovable. Because of that I became easy, and I mean eeeeasy (wink, wink) prey for anyone willing to pay me a compliment.

That's where you're at now. You're letting the world exploit you because you think their reaction will show you, and perhaps your husband, that you are still valuable and still worthy of love.

But what you're going to find at the end of this media circus is that tomorrow you will still be a day older, and you will have a new perceived flaw: a new wrinkle, sag, or pound of fat. You will spend the rest of your life working tirelessly to prove your worth to people based on a body that is committed to betraying you. It will become your enemy, and you will grow to hate it. You will grow to hate yourself. No amount of ogling will suffice because you won't be the woman you were last year, last month, last selfie.

You will be like a hamster constantly running on a wheel trying to catch the approval of others. And that's sad, because you will never be able to stop and enjoy your life. You will always be trying so. damn. hard. to earn love.

And even still, one day there will be another Kim K., a brighter younger fresher version of you, whose nude beauty will fill our news feeds, magazines, and movies. You will flinch at the thought of your husband leering at her, so you will run faster, work harder, sacrifice more. Until finally you won't be able to any longer. You will be so exhausted from trying that you will have to stop... at which point you'll realize all you gave up in this futile pursuit. The pieces of your dignity you sold for Hollywood's fleeting infatuation. The hours of laughter with good friends that were traded for hours at the gym. The minutes spent editing pictures to give to people who don't matter instead of using that time to teach your daughter that her beauty doesn't need to be filtered or fixed. Because you are feeding a monster whose appetite will not be satiated with you, it will one day try to feast on her as well.

This is a cycle we must break now, for women everywhere and for all future generations of women to come.

Well, that's the hard part. We have to go against everything we know and learn to love ourselves. We must learn to value that which doesn't fade but becomes more beautiful over time: our character, our kindness, and our compassion for others.

Kim K., your mother didn't protect you from this world. She sold you to it. Please, I'm begging you, rip off the price tag and refuse to be bought any longer. You are worth so much more than the price of a magazine. We all are. And so are our daughters. 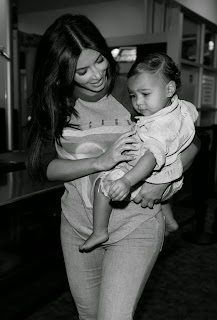 The very thing that MADE Wendy Davis is what ultimately sunk Wendy Davis: Anarchy 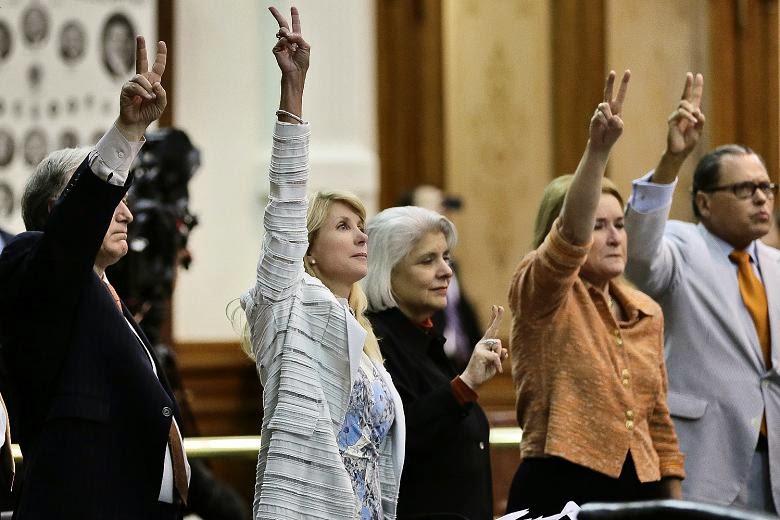 I voted. I called my elected officials. I wrote my senator. And when I was in Austin, I would pop into the capital and give all of the people whom I put into office (and even those I didn't) a piece of my mind. I followed the process, because I believe in the process.
What Wendy David did last summer, however, makes me wonder how anyone would be shortsighted enough to vote for her as a high ranking elected official.
I was in Austin when HB 2 took place and I watched it all go down.
My voice, my VOTE, which as a female was so heartily won, was silenced the second Wendy put up two fingers signaling the gallery to go crazy. The law became lawless and a small portion of Texas (we can only assume they were actually from here) loved it. They hooted and hollered and my voice was no longer relevant. The 19th amendment suddenly meant nothing... oh, but wait, according to Davis it was "for women," I forgot.
Davis tried it the legal way, she filibustered for 11 hours, but in the 11th hour her true colors came out. She didn't care about the government she was appointed to uphold. She cared about her own special interests which made my vote and voice in the political system null and void. Yet she's the one who gets to claim the title of "feminist." She's the savior of women and all those who disagree with her have betrayed their gender?
After witnessing Wendy's actions last summer I was astonished at the number of constituents still willing to place their faith in her knowing at any moment she might override their will for her own. The very passion they admired would be the thing that could ultimately burn them if they disagreed with her on an issue.
Likewise, the very chaos she depended on last year was the same unorganized anarchy that did not turn out for her Tuesday. Lesson learned, Wendy? Stop blaming the women of Texas for your loss and realize it was because you silenced so many of them that you were ultimately defeated.
Posted by Destiny at 1:55 PM No comments:

Harassment for Dummies: Why Cat Calling is Intimidating to Women 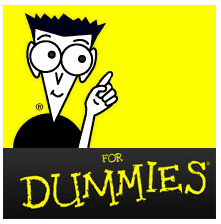 It's not always bad or scary, but it is always an unknown. Because we don't know who you are.


We know 99% of those incarcerated for rape are male, while only 1% are female.


We don't know you. We don't know if you're some nice guy trying to talk to us about our day, or some strange predator sizing up our body and figuring out how to fit it into a trash bag. Because, yeah, we watch Law and Order SVU, homie.


We know on the news each night we see women with faces just like ours, crying in hospital rooms, talking about the randos on the street who's "attention" suddenly became an attack.


Men, you don't get that, and you probably never will.

Because when you try to put yourself in our shoes you're picturing women (whom you've likely never felt physically overpowered by) innocently hitting on you, and let's be honest, that's flattering. You know at the end of the interaction, odds are, it's up to you whether you stay and engage or you go. You don't feel the need to politely make an excuse to get away as not to upset the person giving you said attention. You say no, and she hears no. Most women are not use to that. We're used to turning a guy down and him drunkenly persisting. We're use to being hunted... because that's what men, from a very young age are told to do. They strive for success... they take what they want... they're taught to be assertive and not give up. All good in the corporate world, but all very dangerous at a bar... during a party... on the street.

So to help you men understand, let's take women out of it altogether.

Imagine you're on an island, and it's nothing but beefed up gay dudes. Everywhere you go they're making comments about your body, telling you to smile, walking beside you for 5 minutes at a time. Demanding you say "hello" to them or they call you a "frigid bitch." Because you are not beefed up, you're the weaker of the species on this island. You're expected to be more amicable. You should be delighted that these big, powerful men are taking interest in you. And if you're not? Well, who do you think you are? What a spoiled little twat. bitch. pussy. All female related insults. Interesting, huh?

Now let's say every night on the 'Gay Island News' you hear about another slim dude, just like you, being attacked by one of these beefcakes. Suddenly those little "compliments" don't seem so harmless anymore, do they? Suddenly they're not so innocent, and you don't feel nearly as safe.

Welcome to our world. I'm in no way saying all dudes are like this, but I am saying most of you have no effing clue what you're talking about when you comment on videos about cat calling. And rather then railing against the women trying to explain it to you, how about you thank your lucky stars that you don't get it. Learn empathy.

We, as females, don't have the luxury of figuring out which of you are predators and which of you are nice guys. So how about this. In the future, if you're a nice guy you come up to us and say the following...

Odds are we'll have our guard up for a bit, but we'll also know a little bit about you. And we want to believe that separates you from the guy who just will hiss at us, grab at us, and ultimately treat us as nothing more than a piece of meat there to pleasure them either visually or physically, because you will have given us something. Your name. Next step, make it an honorable one. 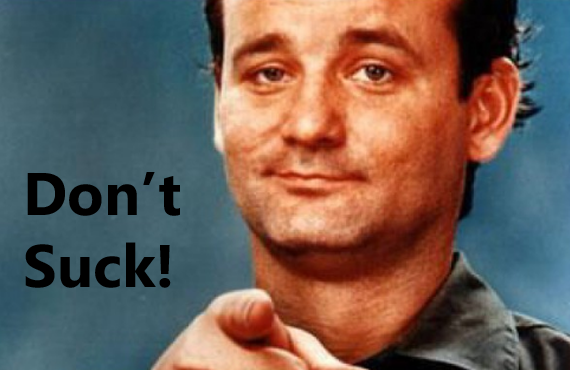