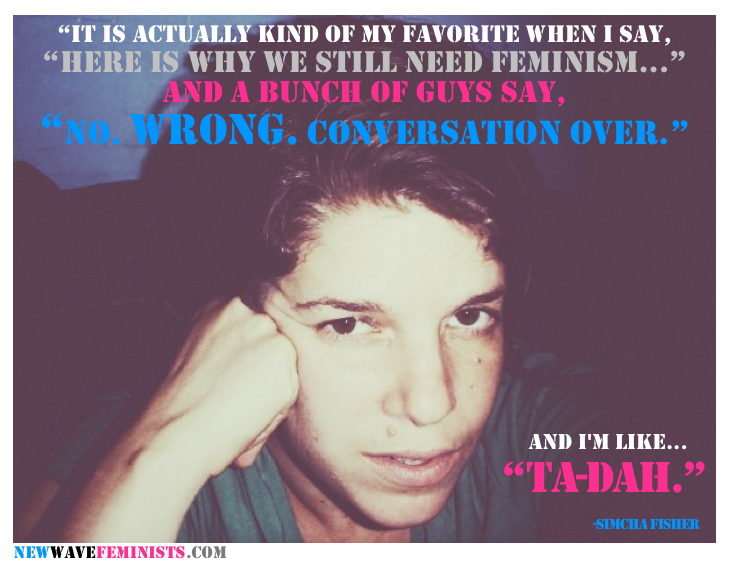 Posted by Destiny at 3:25 PM No comments:

Amanda Rudd's Story of Surviving Sexual Assault and Finding Her True Self...

On campus I have often felt a sense of alienation and scrutiny for being who I am as an “unconventional” Feminist.

I am Catholic. I am Pro-life. And I am Conservative.

I am also a student in my last year at the University of Oregon. Throughout my time here I have struggled in many ways, just like many students do during their college days. I would like to say that the personal struggles I have faced as a woman have helped me to connect to resources like the Women's Center here on campus, but unfortunately that would not be entirely true. 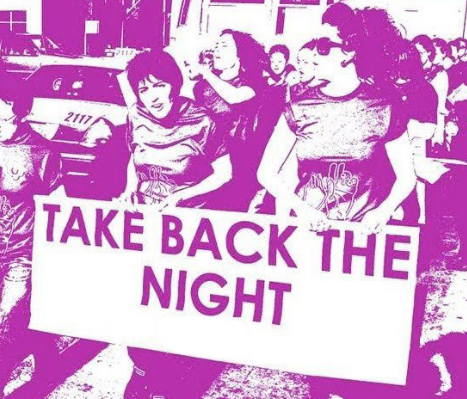 Every year they hold a march against sexual violence called, “Take Back the Night.” They parade around the school and into the city. I went to it a couple years ago, as a recent survivor, hoping to feel empowered and united in the bonds of sisterhood and brotherhood against the horrible atrocity of sexual violence that overwhelms our college campus. In some small part I did feel strengthened, however, in a much larger sense I felt that I had to deny myself and bash my Church and my God in order to stand true as a feminist on campus. Many of the slogans that we were given to yell said, "Not the Church, Not the State, Women must decide their fate." As a Catholic, I knew that by shouting this slogan, I was denying almost everything I stand for as a believer in Christ. Did I want to protest sexual violence? Absolutely! But in order to do so I had to conform into what was determined politically correct and what was considered the "right kind of feminist."

The year I was assaulted I underwent an extreme amount of inner turmoil. I began to hate myself and God for making me a woman. I despised my feminine qualities because I felt that if I was more masculine than perhaps I wouldn't have been assaulted. I blamed myself, and sometimes I still fall into that pattern.

During that very difficult time, a male friend reached out to me. He had no idea what kind of hardship I was undergoing. He had invited me to Catholic mass a few times in the past, but I was a bit skeptical since I was a proclaimed Baptist. However, when he invited me this time, something inside urged me to say yes. So, I went. Never in my life had I felt more at peace and more loved. Suddenly, I was drawn to my faith in Christ, and as I continued on this path I became more confident in how I was created as a woman. I realized that my feminine qualities served a significant purpose in this world. My femininity was not a burden that I had to carry, but a beautiful gift. Most importantly what I realized was that my God entrusted me with the most supreme gift possible, of one day being able to carry life into this world.

As you probably guessed, I converted to Catholicism that year. The Catholic Church helped me strip away my fears, build my confidence and gave me a community that I could, and still do, lean on for prayer and support.

Now, if my conversion helped me to overcome my personal struggle with sexual violence, then how do you think I felt when I was given the slogan, "Not the Church, Not the State, Women must control our fate," to shout in protest with other survivors at the annual “Take Back the Night” march? Not to mention, when I wanted to share my story with others at the rally in downtown Eugene, I felt that I had to censor myself, or hide the very part of me that helped me overcome my pain of being a survivor: Jesus Christ.

Throughout my time at the University of Oregon, my pride and joy has been in serving in two areas of campus life that I consider of utmost importance: St. Thomas More, the Catholic Campus Ministry, and Students for Life, a Pro-life club on campus. Both of these groups define me pretty well, but I do have to say that being Pro-life is a stance that I hold very dear to my heart, because it defines who I am as a woman.

When I was President of Students for Life, my primary goal was to show my fellow students that we deeply care about women's health and wanted to provide informed options for women and men in crisis pregnancy. Since we hold a Pro-life stance, we do not believe that life-ending violence is ever healthy, nor is it an empowering option for women. One should not have to end the life of her child in order to continue with her education. Since we had little funds, we realized that we could not create the Pro-life, Pro-woman culture on campus that we wanted to in one fell swoop. So, our club reached out to students primarily by putting up flyers from organizations that would give services and support to women in crisis pregnancy such as: Feminists for Life, Stand Up Girl, and Students for Life of America. We also held meetings and even had Martin Luther King Jr.’s niece, Dr. Alveda King, come to campus to discuss Pro-life issues in connection to the Civil Rights Movement.

When we put up our flyers, they would often times get torn down, or negative messages would sometimes be written on them. Since this was expected, we persevered by putting up more flyers the next day. What I felt was most discouraging however came from women involved at the Women's Center and Pro-choice groups on campus. They had labeled us "the enemy," after they came to our event with Dr. King. They wrote horrible things about us online which left little room for us to work together on the things we did agree on.

I often look back on my time as President of Students for Life, and feel that I did not do enough to push back against the idea that I was "the wrong kind of feminist." I was told I was preaching a message of hate that was meant to oppress women and uphold the "traditional" roles of the feminine ideal in our patriarchal society, which could not be less true. I simply believe that we as women can work together so we won’t have to choose between the life of our child and our education in order to be successful or obtain equality. Women in crisis deserve better. They deserve true support, not abortion. Through the taking of another human life--one which depends solely on us--we are breaking away from our true identity as women, as protectors, as life givers.

I know that there are many problems within our culture and economy that oppress women, especially in the case of an unplanned pregnancy. The biggest problem in a college environment is that a woman often feels that if she gets pregnant she’s doomed to drop out. This belief is simply not true and we need to come together as a community to stand with women who want to succeed in school and at work if they are pregnant, especially in our Universities. They need to know they have real, empowering choices. Non-violent options like adoption if they don't feel ready to parent, or resources to help them with daycare costs and other necessities if they choose to raise their child.

In an abortion there are two victims: the child whose life must end, and the mother, because she has done something against her own biology. This is a tragedy, and a violent assault that neither woman nor child deserves.

Now I know some of the women in the Pro-choice club on campus personally and I know that they too care about women and their health as much as I do. This message is not an attack on them. I simply want to challenge the status quo of our time: the belief that in order to be a feminist you must support the perpetration of violence against a weaker human being because, after all, ‘we’re bigger, we’re stronger, and so we can do whatever we want to your body.’ We may no longer be property, but now our children are…

The very thing we’re marching against is also, sadly, what we’re marching for: the right to force our will on someone else’s body. This is what I believe and this is why I am Pro-life. It's just one thing to consider when determining who can and cannot claim the label of “feminist.” We are not blindly following some political platform. We have thought this issue out time and again and we see abortion as oppression to both women and their children. Please respect our voices, thoughts, and beliefs. We deserve a place in this movement as well.

At the beginning I told you my story of being a survivor and my conversion into the Catholic Church, and that being a non-conventional feminist on campus has left me feeling alienated even though I am also a sexual assault survivor. Because of that I won't be attending the annual “Take Back the Night” march this year. I will still stand against the evil of sexual violence, but if I cannot embrace my true self, my inner strength, and my personal beliefs than the whole thing would simply be a contradiction of what liberation and authentic choice truly are. Post by Amanda Rudd
Posted by Destiny at 12:22 PM 9 comments:

How many of the strong, awesome women we know and love today also felt "no regret" after their abortion... at first? Something to keep in mind.

A Partial List Of Women Killed From LEGAL botched abortions

Keep in mind that this is not a comprehensive list of abortion deaths. It merely lists those women and girls from the Life Dynamics "Tombstone Project" poster. Unfortunately, new names are being added every few weeks...

Thanks Life Dynamics for compiling this list.
Posted by Destiny at 11:47 AM No comments: