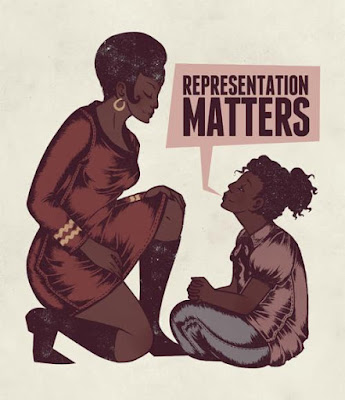 Recently I had a gut-wrenching response to the casting of Zoe Saldana to play Nina Simone. My reaction surprised me and threw me into a state of uncontrollable sadness.
It hit me personally because being a dark-skinned black woman with a wide nose, big lips, and kinky hair is still apparently not good enough. I know, I know, where am I going with this? You see, representation matters.
Instead of getting an actress that best fits the physical description of this incredible woman, they choose someone who looks NOTHING like her, paint her skin, and add a prosthetic nose and wig. These are the lengths they had to go to create this non-fiction character instead of getting someone who naturally fits the mold. For those who don't quite understand, just do some research. Colorism is real and many women are still discriminated against because of the shade of their skin. Many women still struggle with major self-hatred and insecurities because society has built a standard for what true beauty is.
Just Google “beautiful women” or “beautiful hair” and see if you can find anyone who looks remotely like me without scrolling until your finger hurts. Yes, I am not ignorant to the fact that many women of all shapes and sizes will be omitted from this list, but stick with me here. Representation matters in more ways than you or I can count.
And that’s easy to say, but what does that really mean?
Last month I saw a meme that had a little black girl looking up at a black female character from Star Trek that said just that: “Representation Matters.” It then went on to quote Whoopi Goldberg.

“When I was nine years old, Star Trek came on, I looked at it and I went screaming through the house, ‘Come here, Mom, everybody, come quick, come quick, there’s a black lady on television and she ain’t no maid!’ I knew right then and there I could be anything I wanted to be.”  — Whoopi Goldberg

THIS… All of this.

(In this moment I’m holding my newborn son tightly as tears stream down my face and I whisper to him, “I want a better world for you”.)

When women of color see that they can do something, they can be somebody, it makes a world of difference. We are so much more vulnerable to oppression when we think we we’re not good enough, or we can’t be anything we want to be.

Later that week Destiny tagged me in a post on Facebook that stated, “Black women have almost 40 percent of total U.S. abortions each year, despite Blacks being only 12 percent of the population.”
I already knew this; it hurts my heart every time I read it. Why aren’t people talking about it? Why does the black community treat abortion as though it’s a necessary evil, as though without it black women will never be able to succeed?

Destiny went on to say:
“College groups across the country - made up mostly of white young adults - ARE talking about it, but all that is doing is infuriating people of color. It comes off as a white savior complex. This is something that is impacting the black community so enormously but yet people within that community remain silent. That has to change, and it has to be black men and women leading the charge.”
She is absolutely correct. The question remained… where is the representation? Why the silence? Where are the people of color fighting for these unborn children who are dying at alarming rates?
My heart aches. The deepest part of me is in anguish because we still have a long way to go. Buzz words such as White Privilege, White Savior Complex, Institutional Racism, Infant and Maternal Mortality, Pre-school to Prison Pipeline…Abortion. These words inflame an uncomfortable response in me. A response that - especially when filled with birth hormones – turns me into a weeping mess drenching my infant’s head with tears.

Because all of these words provide a very sad commentary on the value of black life today. We have come a very long way but we still have a ways to go. This is the very reason why in order for anything to change we must first start where life begins and that is within the womb. If we cannot value the least and most innocent of us then it certainly should not matter who plays whom on the cinema screens. By WE, I mean African Americans, Blacks, People of Color, however you like to be recognized. WE must take a stand against injustice and be the change we wish to see. We cannot just sit and watch as others who are not directly affected by our plight take the reins and lead. 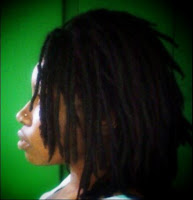 Post By Cessilye Smith
Posted by Destiny at 7:18 AM 8 comments:

I didn't have an abortion, and it saved my life...

This week we've been bombarded with stories from celebrities, CEO's, and all around successful women who claim their abortion(s) saved them. They talk about how they wouldn't have been able to be successful and still fulfill their dreams without sacrificing the lives of their children.

I don't know about you, but "I couldn't have" is not a phrase fit for feminism. The beliefs we have as women needs to be built on, "I can" and "I did," because therein lies a message of strength and resilience that all women should hear. They need to know they are capable of facing an unplanned pregnancy and persevering. They need to see that there is a way for them to pursue their dreams without sacrificing such a powerful part of themselves along with the life of their child. They need to know they are not alone.

True feminism surrounds those women with support, encouragement, and resources... not a violent "choice" she might live the rest of her life regretting.

With that said, I decided to dust off this short essay from our facebook about my own "I can and I did" moment. Because we as women and we are capable of anything. We're done sacrificing either our dreams or our children... when we know we're strong enough to have both. 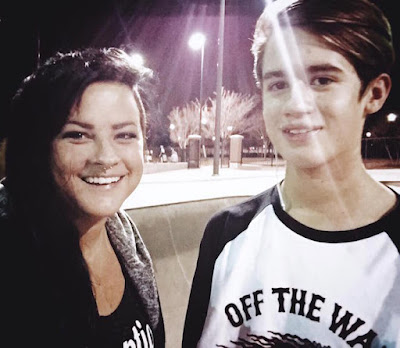 You have nine months for all that, but then it gets good. Still difficult, don’t get me wrong, but so, so good…

My “crisis pregnancy” turned 15 today. He’s just a year shy of the age I was when I became pregnant with him (a thought that absolutely terrifies me, trust). However, he’s anything but a mistake.


He’s the other half to all my inside jokes. He’s the best person I’ve ever known. He’s the one who binge watches Doctor Who with me and teaches me about robots and video games. He’s the reason I started New Wave Feminists. He’s the owner of a pure heart, swiper of my favorite CDs, and contributor of copious amounts of laundry. He’s the kid who still has me hanging around skateparks a decade and a half later. He’s often my (much needed) filter, because he’s a stereotypical naturally mature firstborn, and the last one to ever let me down. He’s the kid that I didn’t really raise at all, but instead grew up alongside. He’s my heart and soul.

I didn’t know it at the time, but choosing life for him would give me a life that I wouldn’t trade for the world.

See, you don’t realize how temporary the “crisis” is when it’s consuming your every waking moment, but as soon as you get beyond that… Such beauty can be born from that which we never planned.

Fear is temporary, but the courage you gain facing it lasts forever. Panic subsides, but the strength you find in the midst of the crisis endures. Perhaps the most amazing thing though is how the love you feel for this new life, whether it was intended or not, suddenly turns a “mistake” into a miracle.

I didn’t save my son by “choosing life.”