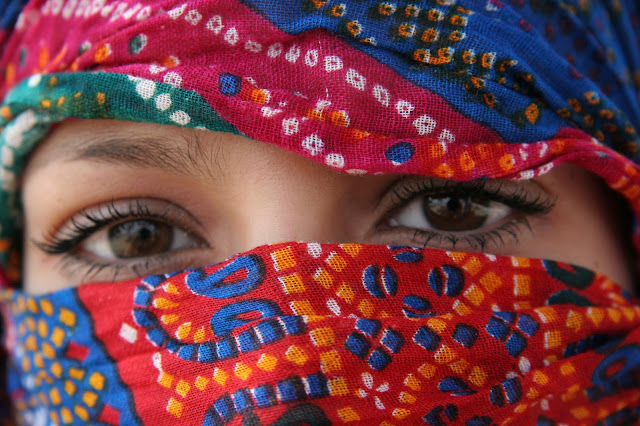 “Orphanage robberies." What did that even mean? The words weren't quite sinking in. Who would rob an orphanage? That hardly sounds like a lucrative racket. What's there to steal?

Then I realized what it meant. The horror of that thought washed over me, the full weight resting on my lungs causing me to exhale slowly: they steal the children.

For many of us, when we think of war, we only weigh the loss of military life. Don’t misunderstand, I have nothing but respect for our men and women in uniform. Their bravery and daily sacrifices are absolutely worthy of our support. I know and love a number of service members which is one of the reasons I hate war so much to begin with. Having a strong military that we never have to use is the best way to protect their lives too.

But we must also be aware of the ripples of war; the subsequent effects; the displaced, scared, and vulnerable people caught in the crossfire. They are just like us. Their lives and stories are equally as complex and real as our own. And the love they have for their children, compounded by the pain they experience when they are in harm's way, runs just as deep in their hearts as it would our own.

When communities are flipped upside down, children become easy targets for those looking to exploit them. Young girls are snatched from their mother’s arms when their villages are taken over; orphanages are "robbed" for their most precious assets; girls are stolen in the dead of night from refugee camps targeted by terrorists. Many are then divvied up among ISIL fighters, while others are exploited for profit, being forced to see upwards of 40 men a night. You begin to wonder how anyone could endure a life of such violent abuse, but that's when I learned that in some parts of the world the average girl will only survive 7 years of trafficking before injury and disease ultimately take her life.
Thankfully there are a number of organizations working to rescue these children. I saw a photograph of a girl who was only 12 when she taken. My oldest daughter is about to turn 12. The hardest thing she has to deal with is finding time to practice her violin before she heads off to her swim meets. I couldn’t fathom knowing my child was experiencing such wicked and vile abuse. These mothers must feel so powerless.

I looked at their children and saw my children.

And rescuing these girls is only half the battle. After that, teams of highly trained counselors must care for them. Sadly they've seen many victims return to their capturer's if they do not receive proper treatment. The trauma they’ve experienced is so great that many don’t know how to re-assimilate back into their communities, and even sadder still, some families will not accept them back. However, there are also some beautiful stories of truly astonishing strength that have come out of this darkness.

One was of a girl who was only 14. After her rescue, she was being cared for in a makeshift facility on the outskirts of town. She learned that the team who had recovered her was going back for more children the following day and she asked if she could go along. She wanted to be there to comfort the other girls as they were pulled out so they wouldn't be so scared. I cannot even imagine the amount of inner strength it must've taken her to do that. She quite literally used her own freedom and liberation to save others.

At the end of the day, I truly believe that's what all of us want. Our aim is to help those who are suffering and protect the vulnerable. But it cannot be done merely with missiles. If we are gone once the rubble clears, then it is nothing more than virtue signaling to the rest of the world, and the oppressed are still no better off. We must be there to truly help them heal. 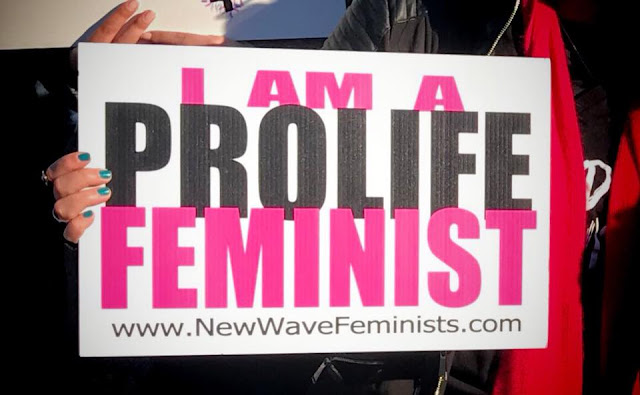 Today I was asked how I can be both prolife and a feminist (for the millionth time). This was my answer...
Given that women were treated as property for most of history, it is absolutely abhorrent for us to turn around and do the exact same thing to any other member of the human family. We talk about smashing patriarchal constructs because they are the epitome of ‘might makes right.’ When only men held all of the power and status, those that wanted to, were able to control our bodies and use aggressive violence against us whenever they saw fit. In many parts of the world this is still a reality for too many women. This type of mentality MUST be smashed, not imitated.

Yet here we are, doing that exact same thing to our status-less, voiceless, non-consenting unborn children simply because we are bigger and stronger and they are the weak and powerless ones this time.

Abortion takes our newfound liberation and uses it not to protect the weak and vulnerable but instead to perpetuate the very violence we were once oppressed by ourselves.

That is why feminists who want to stand up for the most marginalized and vulnerable should absolutely be fighting against any form of aggression that treats another human being’s body as property. It’s just that simple. It’s the same reason we are against rape, murder, human trafficking, domestic violence, the list goes on.

We must stop passing down oppression in the name of liberation.
Posted by Destiny at 12:37 PM No comments: