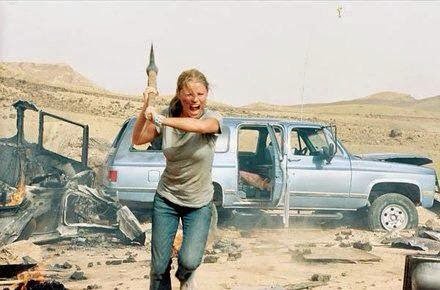 Why do people just have to suck, y'all? I have two daughters, both of which hate that I won't let them participate in Girl Scouts because of their ties to planned Parenthood. Whatever. They'll get over it. Luckily, I also have a wonderful husband who went and found a GS-type group for little girls and their dads. They build bird houses and derby cars together and cute stuff like that. Yay. Win. Then today he gets an email from the dude running it saying after this weeks activity with the girls all of the dads are meeting up at Twin Peaks.

Why? Just why? Why can't people just stop sucking? Why can't you be an awesome father all the time, not just in front of your kids? Do they not see how bassackwards it is to build up their daughters then turn around and ogle their half naked future versions? These breastaurant servers are probably closer to your kid's age than yours, dude. That's some sick $#!+. So here's a good rule of thumb: If your precious little snowflake is too good to ever work in a "restaurant" like that, then all women are. Stop frequenting places where girls are required to trade on their ta-tas and grow up, men.

Thankfully my husband already has and won't be joining you.

Whatever... feminist hulk smash... keys on her keyboard... so forgive any typos and thanks for listening. </rant>
Posted by Destiny at 1:56 PM 3 comments:

I am so sick of seeing the pro-abortion crowd idolize “feminist” Wendy Davis for her filibuster on a Texas bill that would restrict abortion.

I seriously want to yell at them, “She's not a freaking feminist! She’s anti-woman!”

I'll give credit where it's due: Wendy chose life when faced with an unplanned pregnancy as a teenager. She put herself through college and law school, with help. She rose above situations that normally leave women and children in poverty and made something of herself.

She’s still anti-woman though, for many reasons. Listing them all would take a really long post, so I'll just discuss a few.

A true feminist would see that abortion is not freeing for women. It leaves them in chains for the rest of their lives. It gives them a quick solution to their problem instead of encouraging them to rise above. In spite of this fact, Wendy still hosted a political fundraiser with Cecile Richards, President of Planned Parenthood Federation of America, the nation's largest abortion provider.

Like every politician, as soon as she saw a national stage, Wendy knew she had to seem somewhat moderate. That left her explaining her filibuster and stating she would have supported a 20-week ban on abortion, if it had more discretion for women and their doctors. She claims that most late-term abortions happen because of fetal anomalies or because of a woman's health, which is total BS. If a baby is deformed, that does not make it any less worthy of life, even if that life will be short. Also, the pro-life community doesn’t protest when legitimate medical treatments, to save the life of the mother, have the unfortunate effect of terminating pregnancy.

I also take issue with her thinking it's okay to give minors birth control. Call me crazy (it wouldn’t be the first time!), but I just don't see how we can inspire our young girls to become strong, smart women by giving them hormonal birth control under the guise of “safer” sex. A girl is so much more than her vagina and freely handing out birth control diminishes her worth.

So, I've got some friendly advice for Ms. Davis. She already does some of it, to be fair:

Instead of tying up legislative session time on pointless filibusters, start writing bills that make it easier for women to choose life. Foster a good business climate so they can find jobs that will support them and their families. Make sure women can obtain public assistance if they need it. Help poor women obtain childcare while they're in school or working. Encourage women to seek job training or a college degree and help them pay for it. Make sure DHS aggressively pursues child support when requested. Women don't get pregnant by themselves!

Instead of assuming that women are weak and incapable (therefore needing abortion), use your own life as an example and show women how much is possible. Remind them that you don't regret choosing life and they won't either. Encourage adoption as a loving alternative for those who don’t believe they can raise a child.

In other words, if you want to claim you're pro-life, try actually being pro-life. If you want to be a feminist, start valuing women. 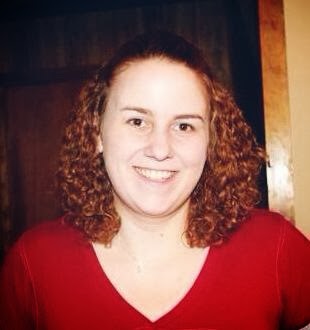 This kid, the one who was supposed to "ruin my life" and destroy any chances I had at a decent future...the one who some thought I was "cruel" to even bring into the world since I was only 16, well, I can honestly say he was and still is the most amazing thing that's ever happened to me. He's in 7th grade now, and way too rad to let me kiss him on the cheek when I drop him off at school, but he makes up for it with sweet little emails like this, just out of the blue. 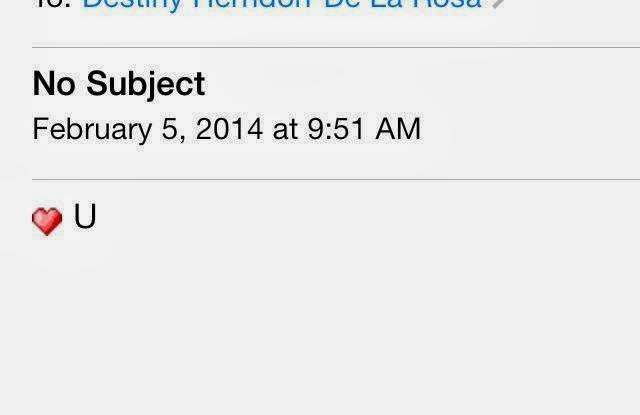 It's insane to imagine life without him, and even crazier to think that some people believe me terminating him in the womb could've brought me liberation.

Had I aborted him it would've been out of nothing but fear and panic. I would be living in bondage and regret to this day.

Through bringing him into this world though I became a feminist, an activist, an advocate for women who's shoes I've traveled in. And because of that unplanned pregnancy I found out I was stronger than I ever knew I was.

In my opinion, that's what true feminism is all about.
Posted by Destiny at 10:37 AM 2 comments:

I Want To Punch Justin Bieber In The Throat 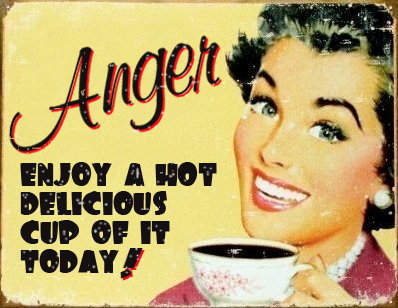 It took exactly 4 days after MyCy's wrecking ball video came out for my 7-year-old to tell me ALL about it since a little girl in her class had described it to her in full detail. Then last week as I was carpooling some kiddos around they all start talking about how Justin Bieber was arrested for "egging a house and then drinking beer while he was driving a car" (these kids actually knew more about the sitch than I did).

So this afternoon I'm sure you all can understand why I'm now looking for a good deal on a freakin' underground bunker, because really Google "NEWS," really? It was necessary for you to pornify our culture and subsequently my public school'd kids even further by spreading around a pic of this disgusting little floppy haired twerp and his friend attempting to what, like, breastfeed off a "dancer?" Do you seriously have NO standards of decency? Well, screw you, Google News.

I'm hardly a prude, and talk to my kids about EVERYTHING, but the difference is I want them to grow up to have healthy and fulfilling sex lives, not this shallow flirt and squirt counterfeit we see all around us. Parenting in America in 2014 almost seems negligent at this point. I'm done y'all. Done.

(Oh, and if any of you dare blame this on my period, you'll be underground too, and not in my bunker.)

Update: Ok, I'm done venting now. So, what's the solution? It's everywhere. We can't watch 30 seconds of the Grammy's without thongs. We can't watch commercials without graphic sex scenes. We can't drive down the freaking street without BOOBS, BOOBS, BOOBS! How do we counter this for our children's and our own sake?