Can you imagine a world without abortion?

What would it look like? Pro-choicers want us to believe it would be filled with hemorrhaging women, self-aborting and dying in the streets, but I'm not buying that.

When I imagine what the world would look like if our fertility were treated as the super power it is, and the life of the unborn human given the respect it deserves, I see a place that's a whole hell of a lot more pro-woman than what we have now.

Think about it. Currently when a low-income woman gets pregnant (or a young woman, or a single woman, or really any woman who doesn't have a life deemed “suitable” by society to bring children into) she is met with all types of hostility. Simply for having the audacity to, ya know, actually have the kid that clearly already exists inside her womb.
She basically has to make her case for why she should be able to STAY pregnant and how she plans on supporting said child with the least amount of inconvenience to society as possible. 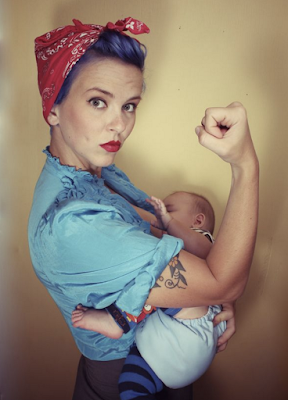 Her partner resents her; her boss resents her; her community resents her. She and her child--whose life is considered "a choice" (and because she CHOSE to keep the baby this is all her responsibility of course)--are now a burden to others. An inconvenience. This makes the fertile female person a liability to employers and partners.

Because more than 50 million unborn children have been aborted over the last 43-years, we can't know how society would have accommodated women if such a high number had continued with their pregnancies.

Had the unborn person not been viewed as disposable, the world would've had to adjust.

Our culture and our corporations would have had to accept that--guess what!--women sometimes grow new people in their bodies and it's freakin' amazing. And not only should we respect the hell out of that, but we as a society might want to help a sister out a little bit more because without happy healthy women, society screeches to a halt.

Unfortunately, we don't live in that world though. We live in a world where if you experience an unplanned pregnancy you are expected to work twice as hard to make up for you fertility. That child is not a blessing, it's a burden. It's not a person, it's a problem.

Because abortion is an option, when a woman doesn't "choose" to terminate her pregnancy, by default she's choosing to burden her employer, her partner, her community.

And we hate her for it.
Abortion creates a world that is undeniably anti-woman.