The March for Life 2016 changed everything. 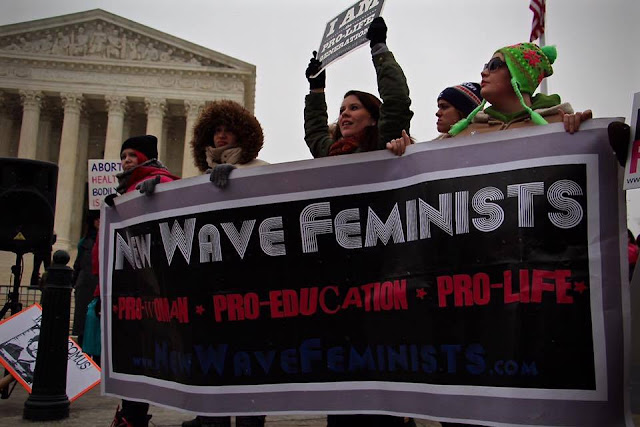 On January 22, 2016, for the first time in the history of the March for Life, a chanting blockade of counter-protesters from pro-abortion group Stop Patriarchy met the first wave of pro-life marchers, and those marchers were holding signs reading: “I AM A PROLIFE FEMINIST.”

However it happened, whether it was fate or luck, the very first people the Stop Patriarchy counter-protesters saw were not old men, not blue-haired ladies with Bibles, not priests or nuns, not frat boys or politicians or church leaders. They were young women, carrying signs declaring themselves feminists.

It was a moment I will never forget as long as I live.

And not only was it a badass moment for those of us who were there, it was also symbolic of what is happening in the pro-life world. Young women are getting out in front of a movement that has, in some ways, stopped moving. For many major pro-life groups and individuals, the approach hasn’t changed much in the past 43 years. There are still those who cling to their bullhorns, huge photographs of dismembered fetuses, and a one-size-fits-all overtly religious approach. There are still people getting arrested on purpose – as if that’s going to help any mothers or babies – and seeming more concerned with name recognition and speaking fees than changing the culture.

Overall, the movement as a whole is still taking a somber, deadly-earnest approach to being pro-life. This has to stop. We will never convince the culture to come over to our side when our side looks like a total drag.

It was anything but a drag that frigid morning in D.C. A legit blizzard was going to start any minute when New Wave Feminists came over the crest of a hill in front of the Supreme Court and saw Stop Patriarchy’s familiar orange signs and blood-spattered pants. There was no one between us and them but the police.

Surge of adrenaline. We sped up almost to a jog, so they would see our signs first: “I AM A PROLIFE FEMINIST.”

We didn’t slow down until we were directly in front of them. We blocked their signs with our own signs and banner. They were chanting “WE ARE THE LIBERATION GENERATION!” So we started chanting it with them. Because, um, we are.

When the police told them to leave the street, they eventually did. (As opposed to last year, when several of them got arrested.) They started their own small rally, replete with P.A. system, just off the street. They did their best to drown out the testimonies of the women of Silent No More, who were on the steps of the Supreme Court building sharing stories of how abortion destroyed their lives and bodies. Meanwhile, our friends at Stop Patriarchy chanted ridiculous sing-songs about how babies aren’t real until they come out of a vagina, as if a woman’s birth canal is an enchanted doorway. (They also read us “science lessons” about this fact. “A FETUS IS NOT A BABY!” was screamed repeatedly.)

Definitely their most convincing argument was when one of the women screamed “F—k God!” at the top of her lungs.

The New Wave Feminist response was to be there, be living proof of how wrong they are, and show them there is joy when you let go of the lie that your womb has to be invaded by death in order for you to be a liberated woman. 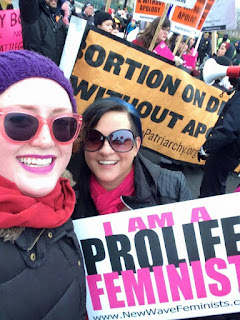 We also had a lot of fun appropriating their chants. “EVERY GENERATION HAS AN OBLIGATION TO WOMEN’S LIBERATION!” Sure, we’ll chant that right along with you. “THEY ARE KILLING WOMEN!” Yeah, we’ll chant that, too, and remember the many women who have died from “safe, legal, and rare” abortions.

But you know what? We were having fun. That’s supposed to be a bad word, I know. You’re not supposed to have fun being pro-life. You’re supposed to be somber and on the verge of tears for all the missing children and wounded women. But I have long been firmly convinced that the appropriate response to tragedy is joy – joy in spite of everything.

And joy was the word of the day. Destiny and I couldn’t stop laughing. I mean, the situation in front of the Supreme Court was so absurd it was funny. We were all grown women. Couldn’t we have a conversation? Instead the Stop Patriarchy people wouldn’t even look us in the eye. They looked through us, and kept chanting and screaming. It was surreal to stand a few feet from someone, to be having a vocal disagreement with them, and yet have no conversation whatsoever. Just chants and signs and, most of all, shrieking. Next year I’m bringing them lozenges.

The only time anyone made eye contact with us was when a girl who looked like Zooey Deschanel shouted “YOU’RE NOT A FEMINIST!” at our faces. It was the closest thing to a conversation we had with Stop Patriarchy. Our response was to smile and say “Yet here we are!”

It’s important to remember that Stop Patriarchy is not the voice of the entire pro-choice movement. They are extremists, and a lot of people who believe in abortion rights find them gross and ineffective.

It’s crushing, it’s horrifying, and it’s gone on too long.

On paper, the theme of this year’s March was “Pro-Woman, Pro-Life.” It didn’t really feel like that in reality – the majority of speakers at all the major events were still men - but New Wave Feminists and our allies are working toward a future when we don’t need to designate that theme, when the pro-life movement is truly a woman-centered and woman-led movement.

For me, the theme this year was Joy.

Joy was what separated us from the wounded and enraged women (and men) of Stop Patriarchy. Joy is what draws people to New Wave Feminists.

Joy – just being happy to be alive – should be a cornerstone of the pro-life movement. 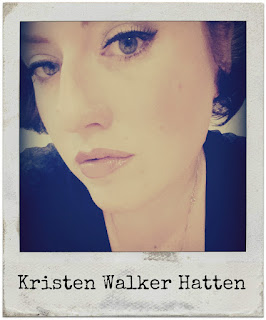