Confessions of a Reformed Baby Saver 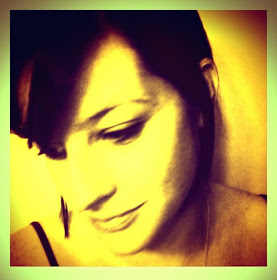 I always knew I should've been aborted. No part of my existence made sense. My mother was 19, and abortion had already been legal for ten years. She was living on her own in a liberal college town while attending the University of Texas, and the worst part? My grandparents were ministers.

In order for her to “have me” she would have to drop out of school, move back home to Dallas and—perhaps most horrifyingly—let her parents know she wasn’t a virgin.

She did all of those things. She gave me life and because of that she is and always will be my hero. Because of that I also always felt very close to the unborn. For the first decade and a half of my life I was outspokenly anti-abortion. If you wanted to defend it I’d shove a picture of an aborted fetus in your face without a second thought. To me these were my brother and sisters in crisis pregnancies being slaughtered thanks to an apathetic society. I wanted everyone to feel something, anything, about abortion. If you loved it, then fine. You loved murdering innocent children and I was going to let you know it.

Then, at 16, I became pregnant. I was terrified. I was having a baby in nine months and all I wanted to do was rip my stomach off of my body and die. I had let everyone down. If anybody knew better than to make this mistake it was me. Hadn’t I seen, hell, lived the consequences of an unplanned pregnancy?! It took my mother a decade to finally complete her degree. I watched her fall prey to men she should’ve never been with just to provide some sense of normalcy for me. In between classes, I celebrated my birthday at the restaurants where she waited tables. I. Knew. Better. How had I gotten myself into the very same predicament…?

I returned to school for my junior year with a big swollen belly teetering on my childlike frame. I’d waddle from class to class, deflecting whispers and dirty looks as I went. My now ex boyfriend wanted nothing to do with the whole thing and had transferred schools, so there were now rumors that he wasn’t even the father. I spent most of my lunch periods in the bathroom crying, partially because of hormones, but mostly because teenagers can be so very cruel. When I wasn’t broken I was angry. I walked the halls angry because it was the only defense mechanism I had.

That’s when it happened. I remember it like it was yesterday.

I’d known her since 7th grade; we’d gone to the same middle school. She got boobs before the rest of us and was always smoking over in the woods behind the school. We weren’t friends really, but once you move to high school those acquaintances become like relatives you have no choice but to accept because there’s that familiarity which breeds camaraderie. I was on my way up the stairs when she stopped me...

“I was pregnant this summer too.”

It caught me off guard.

“Was?” The word rolled around in my head until it finally engaged. “She was pregnant… but she’s not now.”

“I had an abortion…” she continued. She kept talking but there was a rage now taking over my body. I can only describe it as that thing we all saw in cartoons growing up. The information hit my temporal cortex and everything caught on fire. Suddenly smoke was shooting out of my ears and a high-pitched train whistle was drowning out everything she was saying. Could she not tell obviously I was not cool with that option? Did she not see the looks? Hear the whispers? If I was okay with abortion wouldn’t I have had one myself to avoid this hell where I currently dwelt?!

I looked her in the eye and said the following, word for word:

“So you killed your baby? You’re a baby killer… and you’re proud of it?”

She spit a few choice profanities at me and I continued up the stairs, honestly feeling pretty pleased with myself. Funny how that happens when you’re mad. The rage builds up and finds a release valve through your mouth and for one minute you feel relieved. Then you realize what you’ve just done.

I wish I could say my regret came that quickly, but it did not. It wasn’t until later that afternoon that I was made aware of the impact of my words.

My mother had just gotten home and I couldn’t wait to recount the day’s events to her. Obviously she would be so proud, since she herself had been on this end of the “crisis”…a hormonal, hot mess.

As soon as I finished telling her what had happened her eyes turned sad. They weren’t full of the pride I’d anticipated. She was so ashamed of me.

“Maybe her next abortion will be in your honor,” she said.

Her words pierced my core and instantaneously transformed me. In that moment, with that one line, I saw so clearly what I’d done. I hadn’t related to her as a fellow female going through an incredibly difficult and heart-wrenching time. I’d attacked her as a former fetus who could’ve just as easily been aborted. The “baby saver” I was in that moment would guarantee the “woman in crisis” she was would never confide in me again.

My mother’s words that day softened my heart. I shed the anger and let it take its more vulnerable root form: fear. I decided to show others how scared I was, but let them know it was still possible to choose life amidst all the uncertainties because we females are so much stronger than we realize. I accepted my new identity as a girl who was in the shoes of every girl who was walking through the doors of that abortion clinic, and not the child in their womb. I was clearly on the other side now. I just had the support and information they didn’t. That’s all that separated us.

The universe has a funny way of giving us second chances and I’m almost always too lazy to be prepared when they come along. The very next day an almost identical situation happened. Another girl who I’d known for years but was never particularly close to came up to me in the lunchroom.

I was sitting at a long empty table reading a book by myself. It took me a moment to notice her standing there, but as I lowered my book the same words left her lips…

“I was pregnant this summer too… sucks.”

“Was… was… she used the same word…” my brain told me. Unfortunately I hadn’t given much thought to how I would handle this situation if it ever presented itself, but I knew my silence was coming off as a form of judgment of its own.

She stared off for a minute, pretending to do the imaginary math. “Like, 12 weeks or something…”

“Twelve weeks… twelve weeks…” my head was buzzing with both appropriate and inappropriate responses and all I wanted to do was say something non-emotional, non-condemning. Facts maybe? But what facts did I have? Only those dumb babycenter.com fetal development ones I was getting emailed to me every other day.

“Twelve weeks… so that’s like eye lashes and fingernails, right?”

The second it exited the buzzing in my head and flew out of my mouth I realized what I’d just done.

I watched it sting her.

This conversation ended almost identical to the one the day prior, however there was a major change in me. I was not talking to her as a baby saver condemning her choice. I was speaking to her as a woman who had also been in that situation (was currently in that situation) and had vital information made available to me. There was no anger, only facts.

In years since I have tried to go beyond that. I don’t just want to offer women what I had as far as fetal development information… knowledge of which all women should have before they make a decision as significant as abortion. But I want to offer them the resources I was lucky enough to have as well.

There was never a fear of being kicked out of my home when I found out I was pregnant. My family was able to afford basic medical care for me and my child, and there would be diapers and nursery equipment in subsequent months if I chose to parent rather than place him for adoption.

So many women do not have these things. Basic facts and practical needs are what keep them from choosing life, but so is compassion.

They expect us to yell. They want us to, believe it or not.

I wanted someone to berate me… to tell me what a fool I was for ruining my life and dragging an innocent child into this mess. If someone would’ve tried to “baby save” my fetus while treating me like crap I would’ve been all over that because trust me, there’s not a name they could’ve thrown at me that I hadn’t already called myself.

But no one did. Instead they cried with me… not for me. They offered kindness and support and let me know I was still loved even when I felt so unlovable.


That’s when I went from a baby saver to an advocate for women, which often times saves them both. 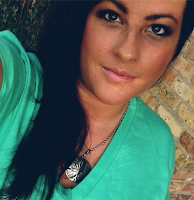